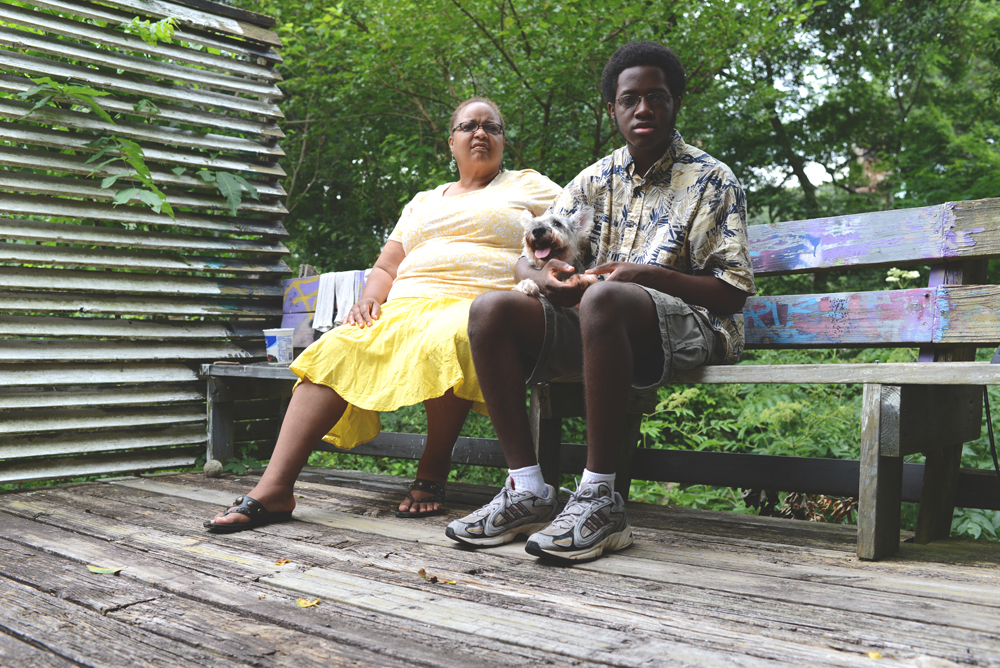 0 likes
[scrollGallery id= 35] [two_third] [pullquote]Text by Katy McCarthy, Photos by Dani Planer[/pullquote]I visited Atlanta for the first time in April 2013. Coming from the San Francisco Bay Area, I felt simultaneously at home in the diversity of the city and far away in the humid, hustling winds of the south. Everything about Atlanta spoke of a long, deep-rooted history of families, success, poverty, change, fusion, evolution and culture.

Dani Planer is a young photographer based in the heart of the South’s biggest, bravest city. In 2010, at the age of 14, Dani created (with co-producer Devin Black) a poignant and quietly provocative series of photos studying urban decay in Atlanta. The series, ‘Abandoned Atlanta,’ featured on Bokeh and later at the Joseph R. Bankoff Gallery at the Woodruff Arts Center in Atlanta, brought us inside the architectural graveyards of bygone buildings, eras and policies.

Now, Dani turns their work from place to people, examining different Atlanta families and their relationships. Like the population of the city they live in, the families are ethnically and structurally complex, diverse in their backgrounds and make up. Yet each photograph relays a common familial bond that extends beyond the confines of race and culture.

When I flew in from San Francisco, I landed at Hartsfield–Jackson Atlanta International Airport, the busiest airport in the nation. All around me were people arriving and departing, hugging their goodbyes and hellos. But wherever we travel to, it is coming home that is the finest hour. Coming home to our families — mothers, fathers, daughters, brothers, partners, spouses, babies, and puppies. Our families are our support systems, the entities from which we derive our culture and our links to the past and the present. As Dani puts it, “Family is the reason people learn about their culture in the first place. Regardless of what your culture is, your family is there to get you through it all.”

In Dani’s latest body of work, there are numerous examples of family being consistent and supportive — often in the face of difficulty. In one striking photograph, a young man and his mother sit side by side on a graffiti-covered bench amid the lush Georgian flora. Their gazes are similar. They are Patrice and Langston Daniels, mother and son. His mother, Langston said, “has been the driving force in my life that has inspired me to thrive, stay strong, read and grow in the face of a brutal and oppressive world.”

With their soft, grey tone, Dani’s photographs seem to carry with them a humid haze, a reminder of countless summer days in the urban south. In one image, two beautiful siblings, Zaineb and Tariq, are seated in front of a glowing brick wall. The orange-tint of the last light of the day illuminates their faces and sets Zaineb’s red chenille sweater ablaze. The two seem to be sharing the banal secrets of siblinghood, a private conversation about nothing and everything.

When asked about her brother, her closet living family member, Zaineb said, “My opinion of Tariq may sometimes be questionable, but he’s been one of the most consistent elements in my life and for me having someone I can count on not to change is something I can’t even begin to express my appreciation for.” Dani, who was close friends with Zaineb in middle school, tells me that the siblings lost their parents when they were very young and now live with their uncle.

In another photo, a young man, Prabhu sits with his 9-month-old daughter, Hazel, his hands enlaced around her little belly. Prabhu describes his background as African, Indian and Jamaican. Hazel’s mother is Egyptian and “like 2 percent Japanese, but she doesn’t count that.”

Dani describes Atlanta as a very multicultural place, with strong Muslim, Jewish and African-American communities and says, in general, it is “pretty easy to stick to who is more like you … and who has the same traditions as you.” But people in Atlanta tend to be different. “People kind of ignore that and go to people who have different culture … people don’t always group together.”

Dani notes that in each photograph someone is missing, which may be true, but I don’t notice that. All I see is who is there, and the strength of the bond between them. In the six families Dani has brought together, we see the history and the changing face of the American family — the new normal, and no one seems to be missing.

A Transteen’s Story: Respecting the Pronoun