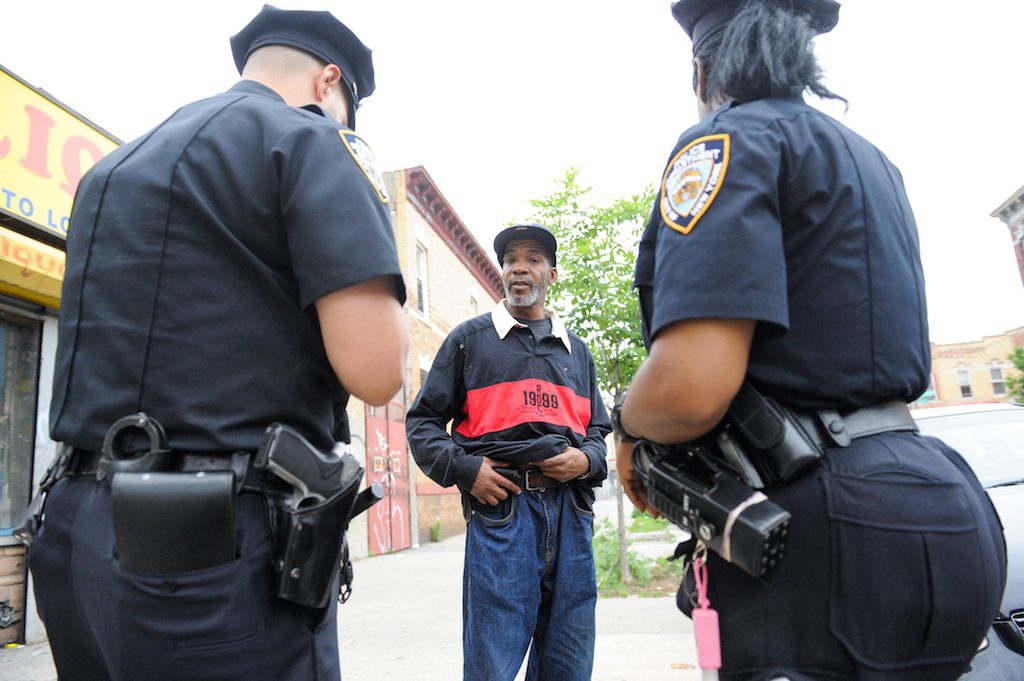 Before June 2010, when Robert Stolarik visited the Brownsville Houses for an assignment for the New York Times to cover what was being touted as a new anti-crime policy implemented by the NYPD, he had never heard of Stop and Frisk.

At first, Stolarik was skeptical of what residents were saying about the controversial policy.

Mothers pushing strollers in courtyards stopped by police officers for no apparent reason. Teens walking to a friend’s house along the path from one building to another stopped and searched and summonsed. Middle aged men sitting on benches rousted and patted down. It was hard to swallow the stories, until, he said, he saw them for himself.

“I heard a bunch of stories about stop and frisk and they seemed unbelievable,” he said. “But when I started covering the story and saw it for myself, I realized that these outlandish accounts of people being stopped and searched apropos of nothing were actually happening.”

“The cops were so bold about it,” he said. “They were doing it right in front of us.”

Stolarik, a war photographer (in Kosovo and Colombia) had spent a significant part of his professional life in New York City’s most dangerous neighborhoods after he transitioned into covering the city. The photos featured above are from time Stolarik spent cataloguing this controversial practice in the 44th and 46th precincts in the south Bronx and in the high crime neighborhoods of Brownsville and East New York in Brooklyn.

“The city’s highest officials have turned a blind eye to the evidence that officers are conducting stops in a racially discriminatory manner,” she wrote. “In their zeal to defend a policy that they believe to be effective, they have willfully ignored overwhelming proof that the policy of targeting “the right people” is racially discriminatory.”

Late Monday, Mayor Michael Bloomberg in response to the judge’s ruling, called a press conference in which he fiercely defended the controversial practice.

“Our police officers follow the law and follow the crime,” he said from City Hall. “They fight crime where it is occurring. And they don’t worry if their work doesn’t match up to a census chart.”

Stolarik said over the years he has seen young men learn to make the practice a workaday part of their existence.

“The witnesses I’ve spoke to over the years have said it’s really hard,” he said. “You learn to be a young black man and come to terms with the fact that this is an ordinary part of your life. Even when they wanted to stand their ground and say to the police officers, ‘hey, you shouldn’t be doing this, it’s not right,’ they kept quiet because they don’t want to spend the night in jail. And they knew that if they don’t comply and they don’t empty their pockets and go against the wall, at least they’ll get to go home and not spend the night in jail. It’s something I’ve seen over and over again covering this and it’s really sad.”

Read more about Stop and Frisk policies at JJIE.org:

[Youth Report] Donis Almanzar Wants to Remind You of the Beauty
I’m done when I say I’m done and I’m done
Young, LGBTQ and Homeless
Mapping [beautiful, ugly, scary, safe and unsafe] in Photos.
West Harlem Gang Raid
Sven Hühn: May Photographer of the Month Interview
Bringing Hope and a Camera to Haitian Kids
The Boys of Summer on the Diamond and in the Community