Text by Megan Butler and Photo by Rusty Miller

There is tremendous power in the ability to freeze a moment in time. Memories captured by a photographer are never forgotten. Just one image can evoke several emotions, speaking louder than a thousand words. Now with cameras always right in the palm of our hands, it’s difficult to appreciate how astounding this power was decades ago when there were only a few passionate shutterbugs. Ever since Matthew Brady put himself in the middle of the battle to photograph the brutality of the Civil War, photos have told stories of realities that cannot be altered by words.

As people try to rewrite our histories to suit their own agendas, it is important to push in front of the public the records of a historical moment to keep the facts straight,” said Atlanta art historian Susan Todd-Raque.

One Man’s Empathy & Passion for Photography

In racially divided 1960s America, Rusty Miller took his personal 35-millimeter camera deep into the segregated streets of Atlanta where African Americans lived in tenement housing. During this time, the civil rights movement dominated the press. The fearless Martin Luther King Jr., protests and political chaos revolutionized the nation. Miller, however, saw a more personal story of the people being fought for in the civil rights movement.

Miller captured the people living behind the oppression, shedding light on their daily lives. One image shows families gathered at an ice cream shop with adults chatting and children waiting for their cones. Others feature children smiling and laughing in front of demolition work, watching gentrification creeping in the background.

The key to me is the sincere compassion of the photographer that tells a story without causing double subjugation of the people photographed,” said Todd-Raque. “In the case of Rusty Miller and his work, I see someone who lived a better life but could see the pain and poverty of those who were forgotten.”

Miller’s work is unusual, and he was not known as an aspiring activist.

He grew up in Buckhead, a wealthy area in the city where many earned their profits off the very tenement housing neighborhoods he photographed. His daughter, Elizabeth Stepakoff, says her mother Peggy described Miller as a restless, free-spirited soul of the ’60s and ’70s; a passionate, fearless and eccentric man.

I can resist everything except temptation,” read his 1954 high school yearbook photo quote. After losing almost all his money to gambling and getting his camera equipment confiscated by the Hilton during a spontaneous monthlong trip to the Bahamas, Miller moved Peggy and their three children to California to work for his father’s printing company.

Consumed by the “Hollywood party world” as his daughter describes, he focused his passion on taking pictures of models. One model recently told Stepakoff the collection of photos were “amazing,” so she tried to unearth them only to discover that her mother Peggy threw them all away.

After spending six years in the Golden State, Miller saved enough money to return to Atlanta and open a photography studio on Melrose Drive.

Friends and colleagues spoke about him with great admiration,” said Stepakoff.

“Said he was a genius with the camera and like Einstein with the shutter speed.”

How exactly his rambling led him into these African American neighborhoods remains unknown, but his discoveries there were life-changing. In a society where people were taught to fear those who looked different, Miller’s interactions made him a revolutionary. The world had forgotten that humans are all the same creature, and with a simple snap of children laughing and a man shining shoes, Miller found the innocent truth.

He had a very sweet soul,” said Stepakoff. Although he passed in 1992, his compassion can still be felt through his intimate photography.

He never published his work. It’s possible that he didn’t because he wasn’t confident in it actually getting anywhere or that maybe the world just wasn’t ready to understand its influence. Other photographers had been unable to publish similar work. One influential Swiss photographer, Robert Frank, photographed America during the 1950s. His images showed an alternative, much darker perspective to the “happy days,” bop-dancing, media-curated reality, of a frightening nation divided by race and wealth. No one in the States would publish his work for many years. “No one wanted to see the reality that was America,” said Todd-Raque.

It wasn’t until 20 years after Miller’s unexpected death that Stepakoff asked his old business partner, Allen Matthews, to take the photos out of safekeeping. She felt a calling to learn more about her father. Matthews knew how precious they were and kept them sealed and temperature controlled. When Stepakoff saw the photographs for the first time, she was in awe.

“They took my breath away,” she said. “He had depth of soul I didn’t know about.”

With patience, his work became known thanks to the help of Todd-Raque’s art expertise. The photos have since been showcased at the High Art Museum, The Atlanta History Center, Gallery 72 and have even been exhibited by the city of Atlanta.

“What amazed me when I first looked at his vintage images was the purity and genuine vision of his eye.”

“What I don’t see very often is the refined, intense contrast, the picking of the details. It becomes almost three-dimensional.”

Many of the prints were even bought by Atlanta Mayor Keisha Lance Bottoms. According to Todd-Raque, the mayor’s office is currently working on getting the prints framed and hung on their walls.

Stepakoff and Todd-Raque are working together to learn more about the photos and the man behind the camera. Although continuous gentrification throughout Atlanta since Miller’s photos were taken has made the areas in many of the photos unrecognizable, they hope to one day be able to find some of the people who were in the photos. 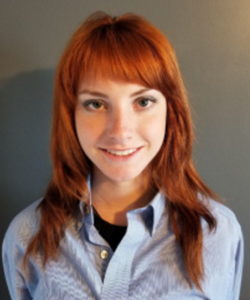 Megan Butler is pursuing a bachelor’s degree in journalism and emerging media with a minor in Spanish at Kennesaw State University.

She intends to graduate in fall 2019. She interned with Georgia Public Broadcasting and is a reporter for the student-run newspaper, The Sentinel. Her goal is to pursue a career in investigative reporting.