Text and Photos by Eric Naccarato

A solitary figure walks along a lonely, worn-down stretch of road.  Behind her lies a wasteland of urban development and construction. A skeletal high-rise looms, a symbol of the future rising from the ashes of the past. The figure strikes a diminutive shape, one small presence amid the scars of urban development. Her story soon to be consumed by the ravenous march of progress.

This image, captured by photographer Rusty Miller, represents a grim reminder of the cost Atlanta incurred for years of development and gentrification. Countless downtown Atlanta communities have been relocated and demolished in the name of progress. These communities are now lost to the past, with their only legacy remaining in fading memories of those who once called them home.

Atlanta is a city with millions of voices and identities of countless people forged by the city’s neighborhoods, be it Vine City or Buckhead.  For those who lived in Lightning, their homes and a part of their identities have been swept away.

Once upon a time, Lightning was similar to many other Atlanta neighborhoods.  It was a working-class African American community that was one of the city’s earliest established neighborhoods, dating back to the early 1900s.

Lightning was a poor part of town, and according to journalist Max Blau,it was the last community in Atlanta to get paved roads and electricity. The origin of the district’s name is the subject of debate among its former residents and their descendants in the Facebook group Vanishing Black Atlanta History Some cite a slang term for moonshine from the Prohibition era while others say it derives from describing how fast residents could draw a knife in a fight.

In 1964 the city of Atlanta made a map marking the city’s notable black communities and measuring their gradual expansion. The map also divided the city into a series of districts, segregating the black communities from the white ones. The map states that in 1962, Lightning fell into district 137 and was fitted into one of the largest “negro areas” in the city. Maps such as these were used by city planners to identify prospective zones for urban redevelopment.

Lightning survived urban development once before as the second choice to locate Fulton County Stadium in the 1950s. The stadium was built at Washington Rawson farther south.  However, the Georgia World Congress Center and the Georgia Dome projects returned the developer’s attention to Lightning.

The neighborhood began to struggle increasingly starting in the early 1970s. Many residents moved away from the district to other parts of the city or the suburbs.

According to residents quoted in an investigative project from Bitter Southerner, this happened because the city conspired with landlords to remove renters who represented a majority of the community. The remaining residents were driven away, pressured to sell their land for less than it was worth. The threat was if they didn’t sell, they would lose their land through eminent domain. This caused many vacant homes and a state of disrepair that spread throughout the neighborhood. This corresponded with the closing of neighborhood businesses. By 1988, the majority of residents were gone. The dome was coming, and the remaining people had to go.

Despite cries from the black community and civil rights activists, Lightning was, as author Douglas Blackmon described it, “totally obliviated.” It was removed from maps; streets were renamed and the city removed Lightning from the official list of Atlanta neighborhoods. The purge was complete, and Lightning was gone.

“Who do we want Atlanta to be for?”

The fate of Lightning highlights a disturbing problem that has impacted the city of Atlanta for years. Historic communities, mostly African American, have been displaced and gentrified since the 1950s.

The issue still manifests itself today. Vine City was saved from being demolished when Lightning was wiped off the map. Now the area is plagued by developments benefiting tourists instead of residents. According to an analysis by architecture firm Kronberg Wall, the $33 million pedestrian bridge built to connect the Vine City MARTA to Mercedes Benz Stadium is an example of Atlanta’s prioritization of expensive projects in tourist-heavy areas over basic city infrastructure.

The Kronberg Wall report stated, “In a city where resources are limited and needs are great, we should be asking of every project this fundamental question: ‘Who do we want Atlanta to be for?”

The Saporta Report provides another example of the modern toll of gentrification. It tells the story of the Herndon Square project and its disastrous consequences for the area’s inhabitants. In 2009, residents of Herndon Square were forced out for the redevelopment of the area into a mixed-income housing project. The people were promised by the Atlanta Housing Authority that they would be able to move back into the area once the redevelopment concluded. Additionally, promises of jobs in the area, specifically favoring minorities and women, were also made.,/p>

Problems began as the companies in charge of development, and correspondingly the project goals changed multiple times over the years. The new developers wanted senior housing as opposed to the residential development initially offered to the community. When questioned, representatives of the original developers said their previous promises were made “prematurely.”

Community leader Laura Lawson told Saporta, “the majority of the residents wanted to come back. Many residents have asked me when they can move back to Herndon. I don’t know what to tell them.”

The Herndon Square project lies one mile north of Mercedes Benz Stadium and the Georgia World Congress Center: A five-minute drive shows the history of Lightning repeating itself. 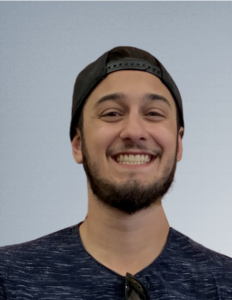 Eric Naccarato, almost 21, is majoring in journalism with a secondary major in PR at Kennesaw State University. He enjoys seeking out and learning new and interesting stories of people, places and events. Journalism lets him give a voice to people who may not always be heard.