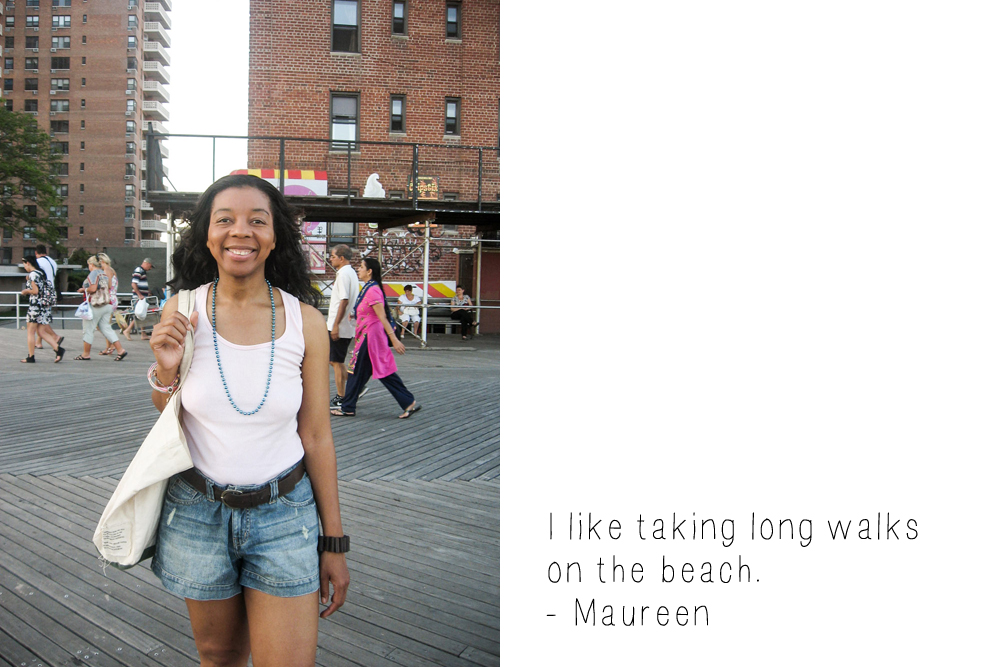 [two_third][pullquote]Photography by Akeem Bonaparte, text by Katy McCarthy[/pullquote] Across the country, youth photo programs have put cameras in the hands of young people to help them find their voice while capturing and engaging with the communities they live in.

Akeem Bonaparte, a 21-year-old photographer with autism and a penchant for documenting his city, can testify to this. A Harlem native born and reared, he still lives in the same neighborhood with his parents and his brother. Akeem’s parents are Trinidadian immigrants and he speaks with a beautiful Harlem accent fused with an island lilt.

For the past three years, Akeem has participated in photography programs with Youth Frontiers, a non-profit organization which partners with schools to offer programs to students, Birch Family Services, which provides services to people with autism, and the Josephine Herrick Project, a non-profit that partners volunteer photographers with young people to learn photography. Through the Josephine Herrick Project and Birch Family Services, Akeem was introduced to photography in a photo group led by a professional photographer who took the participants all over the city with their cameras in tow. They tromped through the Brooklyn Botanical Gardens and Madame Tussaud’s wax museum. They traveled to the  Museum of Natural History, and Katz’s Deli, shutters clicking all the way. When Akeem remembered the day at Katz’s he paused, sighed, and asked me, “Do you know Katz’s?” I replied that I did and for a moment we both thought fondly of pastrami.

Akeem loves traversing New York City to see — and photograph — the sights. Some of his favorite places are Times Square and Coney Island. “I like to explore the city a lot,” he explains, “when I go out there, every day I learn new things, meet new people and socialize.”

Since 1941, the Josephine Herrick Project has worked with local organizations to provide free photography programs — including training, direction and equipment — to under-served communities. Akeem wears many hats at the Josephine Herrick Project. For three months he was an administrative intern learning the ins and outs of an office. He also donates his photographs to the project to use for fundraising. In addition, earlier this year he published a book of his photographs of New York City titled “Downtown Manhattan.” His book has been featured on the popular blog “Humans of New York.”

Maureen McNeil, Executive Director of the Josephine Herrick Project, met Akeem in August 2012 while interviewing him for the internship. She is effusive about him and his work, noting his ambition and philanthropic spirit. Everyday, she tells me, Akeem volunteers for organizations in the city. On the phone Akeem’s voice swells with pride when he tells me about the award he received this May from the president to commemorate his 100 hours of community service.

As much as he gives, Akeem feels that photography has given him much as well. Photography has enriched his life in numerous ways, including helping him socialize and engage with his community. He tells me that photography gives him “a lot of joy and happiness.” Sagely, Akeem says that sometimes people want your photographs and sometimes they don’t. But his happiest moments are when his photos illicit the joyous feeling that he gets from making them, in his viewers. In his musical voice he shares with me his favorite sentence to hear: “Akeem, what a beautiful photo.”

This week, on assignment for Bokeh, Akeem took the subway out to Coney Island to photograph and interview families and young people enjoying the sun and the sea. You can see more of Akeem’s work on his blog and leave a comment below to tell him how beautiful his photos are!

See more of Akeem’s work on his blog:

[Youth Report] In Atlanta, An Exploration of The New Family Normal